Heer enters the bedroom of the new house and she sits on the bed. Heer says Gulaabo the way you left us for job and never came back today the same is happening with me, the way you learnt to live without your family maybe I will learn as well because I know wherever you are your love will always be with your Heer so wherever you are stay happy and miss me. 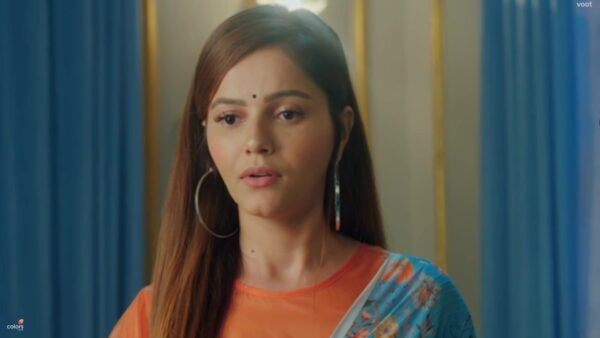 Soumya asks Sant Basksh why someone will try to kill me. Sant Baksh says that I don’t know but I am happy that after Heer going away the danger on my family is no more, being a DSP I will provide you with police protection but apart from that with you or your family I don’t have any relation.

A cosntable calls Jeet and asks him what are you doing here, Jeet says I was getting my bike repaired. Sant Baksh tells him to search Jeet and he started searching Jeet’s body. When constable was about to search Jeet’s bag, Soumya says he couldn’t have attacked, Sant Baksh asks why Is he an angel? Soumya says he gave me lift and the people who helps others are nothing less then angels. Soumya says that if he intended to kill me then he could have killed me on the way as he would not have dropped me to the police station. Jeet acts unaware and says bullet, attack sir do I look like I can kill someone, I am a civilized person who is scared of law and God. Sant Baksh tells Soumya to file an FIR.

Jeet tells Soumya thank God when you were attacked you were not sitting behind me otherwise I could’ve gotten killed but I am surprised that there are enemies of such an innocent face. Soumya says today who is friend and who is enemy we can’t tell as its possible the closest one to you is your enemy, I can’t think who could’ve tried to shoot me but currently I only have doubt on Angel, Jeet says its surprise that now a days Angels kill people, Soumya says you won’t underrstand and then she says I am leaving. Jeet offers her a lift again but Soumya says no I will hire an auto rickshaw.

Soumya stops an auto on road and she tells him that I want to go to Gurdaspur. Jeet was following Soumya and he receives a call from his Daddu. Jeet tells his Daddu that Soumya won’t survive for long. A car comes from behind and hits Jeet while he was on phone call with his Daddu. Jeet gets unconscious and Soumya gets shocked.

At new house Heer asks servents Raju & Meena that owners are coming soon so is everything prepared and they said yes then Heer tells them to leave. Heer startss studying but she was continuously imagining Virat near him, Tu Hi Mera Khuda started playing while Heer was having romance with Virat in hert imagination. Finally Heer falls asleep.

At Singh’s house, Jeet wakes up and he gets shocked seeing himself at a strange place. Harak Singh, Preeto and Soumya comes after which Soumya introduces him to Preeto and Harak. Soumya says that she brought him here from the hospital. Harak Singh asks Jeet for his address so that they can call his family. Jeet lies saying that there is no relative of him in this world then he thanked them for saving his life. Jeet was about to leave but he can’t walk, Harak tells Jeet to rest as there is no hurry.

Mahi comes in her bedroom and shuts the door. Mahi recalls Soumya and Preeto words after which she started throwing things here and there. Mahi looks in the mirror saying you brought a stranger from the road and everyone started taking care of him, you are the only great person, firstly you snatched Harman Ji away from me then Heer as well, now you want to snatch away the place I got in this house in the last 15 years, I won’t let that happen as you have to leave from. Mahi breaks the mirror.

Soumya gives medicines to Jeet and tells him to take care of himself. Soumya says you were saying that I might face an accident and now you are in this condition then Soumya says I was just joking. Preeto tells Jeet to stay here till he gets fit. Jeet says no as they have already helped him a lot and I don’t want to be a liability so let me leave. Soumya says don’t worry you are not a liability and this is Harak Ji’s house and whole village knows that its always open for people’s help. Soumya further says that he can stay here for night and if tommorow he feels good then he can leave otherwise he can stay here as long as he wants. Harak Singh tells Jeet to rest and then he leaves with Soumya.

Jeet locks the door from inside and he makes a phone call to his Daddu. Daddu asks Jeet, what the status of the job as Angel is asking me again and again. Jeet says that job will be done soon because Soumya brought me at her house as a guest so don’t worry. 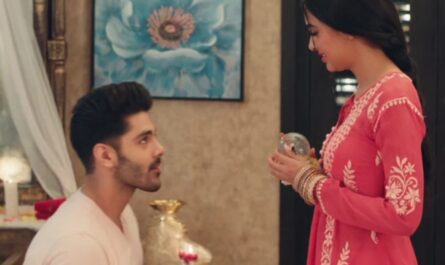 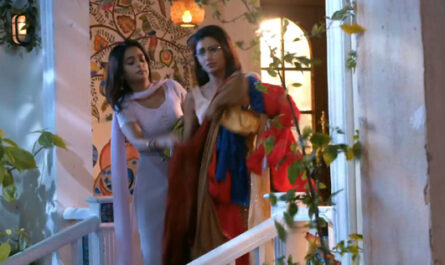