Ravi Teja, Dimple Hayathi and Meenakshi Choudhary starrer Telugu action drama film Khiladi has been released in theatres all across India this Friday on 11 Feb 2022. Quite interestingly this Ramesh Verma directorial was release both in Telugu as well as Hindi dubbed version on the same day and many experts in the industry are saying that Allu Arjun’s Pushpa outstanding performance in the Hindi belts is a major reason for this decision by the makers of Khiladi. As far as the overall critic reviews for this movie are concerned, Khiladi has received mixed response from reviewers. Some of the reviewers praised it by calling it a mass entertainer while others bashed this film calling it disaster. In our review of Khiladi we gave it a rating of 3 out of 5 stars and surely we have given specific reasons for this average rating. 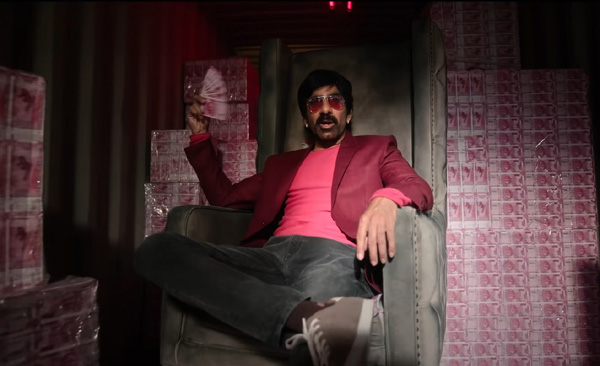 Khiladi was initially scheduled to be release on 28 May 2021 but later on it was indefinitely postponed due to the COVID-19 pandemic in India. But we definitely need to applaud the patience shown by the makers for a theatrical release as they could have even went with the direct OTT release route whiich many Hindi film makers have done in the recent past. The exceptional music composed by the famous DSP ‘Devi Sri Prasad’ has also worked in its favour a lot as its songs Atta Saduke, Full Kick and Catch Me got massive views on Youtube and other platforms.

Talking about Khiladi opening day business, In the Southern markets of Andhra Pradesh and Telangana most of its shows went housefull on Day 1 and despite of ongoing Covid19 Pandemic, fans of Mass Maharaj went in huge numbers to watch this action packed thriller in theatres. In some parts of Andhra Pradesh and Telangana its shows started right away from midnight of 11 Feb 2022 and there were huge lines of people seen outside the ticket  windows for the bookings of upcoming days shows.

In the Hindi circuits Khiladi has somewhat outclassed Rajkummar Rao and Bhumi Pednekar’s Badhaai Do. People in the states of Delhi, Maharashtra as well as UP were seen more interesting in Khiladi rather then Badhaai Do. This new trend of South Indian films releasing in Hindi dubbed versions simultaneously will damage Bollywood’s box office numbers in the long term it seems. Well earlier Pushpa’s performance in the Hindi belts and now the Day 1 performance of Khiladi Hindi dubbed version is definitely indicating that.