Sarla tells Preeta that there is no need to worry if Luthra’s are not organizing a reception but she should cook sweet dish for everyone and the relations will get better after later on, Janki calls Sarla and Sarla tells Preeta that she has to go because Janki might have made some mess. Sarla was about to disconnect the call but Srishti takes the phone from her saying that she needs to talk to her sister, Srishti asks if she missed her but Preeta teased her saying that she did not missed her then Srishti gets sad but Preeta tells her that she was just teasing her and missed her a lot, Preeta further tells that she was not able to sleep the whole night. 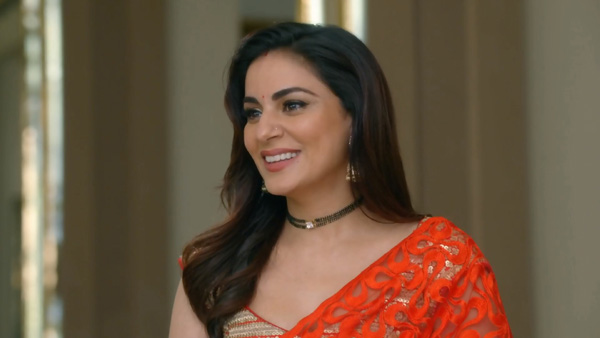 Srishti asks if she was able to control the tiger (Karan) Preeta says that she did not have to as he slept in the balcony and got ill. Karan was present in the room and he was hearing all this. Karan takes the phone from Preeta’s hand saying that he is the tiger and Preeta could never control him as a cat cannot control a tiger and he makes tiger sound in front of her. Preeta takes the phone saying that he has gotten ill as he has been acting weird since last night aand asks her where did he learnt to make these kinds of sounds as he is too good at it, Srishti starts laughing and Karan tells Srishti that your sister is crazy.

Sarla takes the phone from Srishti but gets shocked seeing Karan, she tells him that whatever the situations be amongst their family members he is still the member of their family so he should fulfil the ritual of coming into their house with Preeta, Karan agrees and Preeta ends the call before leaving. Karan tries to lift her bag and was amazed to see how heavy it is. Preeta enters the Kitchen but gets shocked seeing Mahira and Sherlin standing there, Sherlyn tells her that she has taken care of the dish which she left and Mahira is also cooking the same dish but Preeta says that she has no problem until Mahira does not do anything that hurts the Luthra family. Mahira requests Sherlyn to help her taking dishes out.

Srishti starts putting the ointment on Janki asking her why did she hurt herself as she has been working in the kitchen for a long time, they see Sarla who was worried, Srishti asks the reason as she has just now talked with Preeta who is alright, Sarla answers that they both were not able to see what she has seen as Preeta always tries to hide her pain and face everything by herself but she cannot win a fight when her husband is not with her. Srishti says that she should not worry as her sister has the ability to make everyone feel good for her because of her attitude and abilities, also by how well she cooks, she quotes the famous writing “the path to someone’s heart is through the stomach” she answers that it is not just for males but the law of the world, Sarla teases her by saying that she is not as dumb as everyone thinks, then slaps her out of love, they both hug each other.

Mahira brings the dish for everyone while they were at the dining table, Kareena apologizes for being late, she asks about Ramona, Mahira responds saying that she was not able to sleep all night because of what happened the previous night and she has also been getting a lot of calls from the relatives who are congratulating her as they are not aware of what has happened.

Preeta comes out of the kitchen and greets everyone, Dadi asks her what she has made. Preeta responds that she made Gajar ka Halwa because her mother said that it is her first day and she should make something sweet as it soothes the relation, Mahira says that she has made the Gajar ka Halwa but Preeta says that there is no need to worry and says that she should be the first one to serve her Halwaa as she needs to fulfill the ritual. Then Preeta tries to serve it to Dadi but both Kareena and Dadi refused to take it saying that they are avoiding sugar, however Rishabh says that he will eat it along with Sameer, Rakhi also says to eat it just for the sake of tasting it.

Preeta first serves it to Rakhi then when Rishabh takes it he says that it is looking really nice so it would taste really well, Mahira thinks that if everyone does not eat it they would not be able to decide and insult Preeta one by one. Mahira asks everyone to eat it as otherwise Preeta might call the police, Preeta responds that she did not call the police even the first time. Mahira says that she was the one to call the Ngo. Rakhi stops her saying that she should not take the matter further, then everyone starts eating it. Kareena says it tastes bad but Bani Dadi says it tastes good. Preeta says that I served you both from the same bowl then Kareena says that am I lying Preeta Arora. Rishabh says its excellent Preeta Ji and Sameer agrees with him. Rakhi leaves the table to bring something and both Mahira and Sherlyn gets shocked seeing everyone enjoying Preeta’s Halwa.

Preeta tells Karan to eat it but he sayss that he will not eat. Mahira tells Karan to eat the Halwa cooked by her then Karan says that he will eat Mahira’s Halwa. Karan takes a bite as well as Sherlyn and Bani Dadi and they all started making weird faces. Kareena did not even eaten it. Rishabh gives water to Karan. Preeta taunts Karan that Mahira made this and he says its good. Preeta says then eat it more then Karan says no I am done and Mahira gets sad hearing this.

Rakhi came and tells Preeta that after the first cooking the mother gives a gift to the daughter in law and so she gives Preeta a gift as she has fulfilled her duty after cooking for their family, Dadi also tells Preeta to come in her room later as she has to give her a gift before sitting back to eat, Mahira was not able to believe it and leaves the hall to her room. Mahira in her room asks Sherlyn if she understood anything as she had mixed spices in her dish so how can everyone like her dish, Preeta comes into the room and explains that they both are wondering how could everyone like her dish when they filled it with spices and they both got shocked. 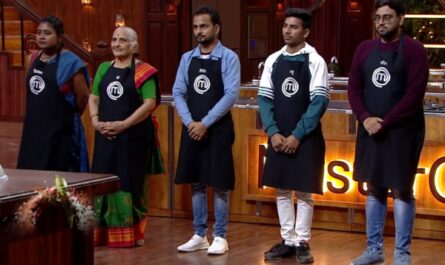 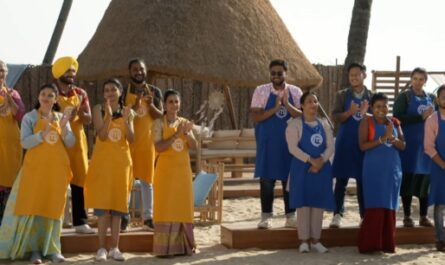 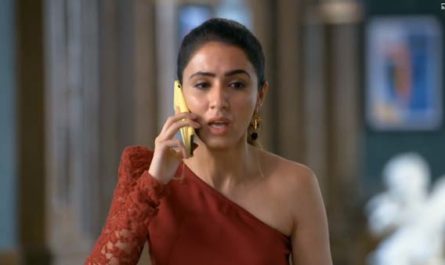