Wedding vows were happening and Preeta was walking in front of Karan, she had a flashback of the moment when she was married to Karan for the first time at Kumkum Bhagya marriage hall, Pandit Ji asks them to sit as the wedding vows got complete, they both sit in the Mandap for further rituals, Sameer thinks where Srishti is as it has been a long time. Srishti was finding the dupatta to tie the feet of Mahira before she wakes up not knowing that Mahira has already regained her consciousness and she hits Srishti with a vase and tries to escape, Srishti however does all that she can to stop Mahira from going to the Mandap. Pandit Ji asks Karan to place the mangalsutra on the neck of the bride, the ritual gets completed but Kartika was not at all happy with it as she wanted Preeta to be the wife of Karan. 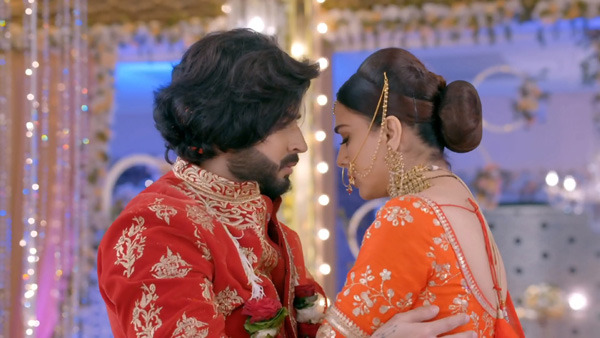 Srishti refuses to let Mahira go to the Mandap saying that she will not let her ruin the life of Preeta her sister, Mahira again hits her with a vase before running out of the room and locking Srishti inside. She is hurt and thinks of what she can do so calls Sameer to come and help her, Sameer reads the message before running to help Srishti. The wedding gets completed and Pandit Ji announces that they both are husband and wife now, however Mahira comes from behind saying that it could not happen, everyone gets shocked to see that Mahira is standing behind and they wonder who is behind the veil and has been married to Karan. Sameer and Srishti hears the scream of Mahira, Sameer wonders what might have happened, Srishti says that it means that Preeta has been married to karan and the wedding has finished. Dadi and Sherlyn also reach the Mandap but are shocked to see Mahira standing outside and wonder who is behind the veil, Mahira was not able to control herself and so starts destroying the Mandap saying that she does not want to believe this wedding and it should not have happened, Mahira says that she does not believe in this and so tries to hit Preeta but Karan hugs her, he protects her and himself gets hurt.

Sanjana says to Ramona that she warned her that Preeta would ruin the wedding and she would not let them both married, Sherlyn asks Karan if he knew Preeta was the one behind the veil, he hugged her then he says that when everyone was confused who is behind the veil, he knew it was her Karan says that he knows she was the one to do everything that she can to stop the marriage with Mahira, she even tried to kill Mahira in the hospital, he blames that Preeta is the one behind the accident of Mahesh. Karan says that she cannot be trusted and he can now trust a Nagin but Preeta cannot be trusted, Dadi asks karan to stop wasting his time because they all know what kind a girl Preeta is, Kareena mentions that she always felt that Preeta cannot go lower but she always amazes her and now has gone a lot lower then their expectations, Kareena went towards Rakhi saying that she always used to say that Preeta is an honest and true person and cannot do anything wrong so why is she quiet because Preeta has shown what she is capable off.

Preeta asks what has she done wrong as she has only married her husband twice, Karan raises his finger warning Preeta to not call him her husband as their wedding was only an act, Preeta thinks of how she heard Sherlyn and Mahira planning to kill Mahesh, she thinks that everyone is educated in the Luthra family even then they cannot see who is wrong amongst them, Preeta starts crying, Srishti says to Karan that Preeta is the wife of Karan and if anyone insults her then they would be insulting him, he says that she is not his wife as she has deceived him, Srishti says that he also married her by deceiving them all and it is said that a wedding only happens when both the families are present so they once got married in front of their family and now have married in his house.

Mahira calls out to her demanding that she shut up as she cannot talk to Karan like this, she goes to Pandit Ji demanding that he announce this wedding as void because no one would believe it anyway, and they all know that Mahesh uncle is in this condition because of her and she was the one to orcastrate the kidnapping of Rishabh Luthra, they should all wonder what she can do when she is walking freely. Rishabh says that she should stop blaming Preeta because both blame, she is putting on Preeta is not true, Karan asks him to not talk in front of him as it is the matter of his life, Rishabh says that this is why he has to speak today, Karan holds Preeta’s hands saying that she should witness that both of them have gotten in a quarrel because of her, Rishabh asks him to leave her hand but when he refuses Rishabh was about to slap Karan however Preeta stops him mentioning that he should not speak in this matter if he values their friendship.

Dadi asks Preeta to stop emotionally blackmailing them and stop crying as it is not helping her, Srishti asks Rakhi why is she quiet and not saying anything when her family is blaming Preeta, Dadi asks Srishti to stop talking as she is the elder of this house and if she again talks in between then she would be scolded by her. Srishti says to Preeta that if she has married Karan then there would some agenda behind it, Kareena says that she is true for the first time as her sister has an agenda and it is to get all their wealth, Dadi also agrees with Kareena saying that she also believes Preeta desires all their money. Prithvi is in his house thinking what he has done because Sherlyn is ticket to all the wealth and he should call to calm her down, he however thinks that she might be angry so he would wait for some time.

Mahira starts blaming Preeta saying that she only desired to marry Karan and knew that Preeta would not let it happen which is why she wanted her out of the house but not Preeta has ruined their wedding and she only wants the wealth for which she even sent the notice, Preeta gets shocked and mentions that she never sent any notice which leaves everyone confused, even Rishabh looks at her with amazement when she mentions that she never sent any notice. 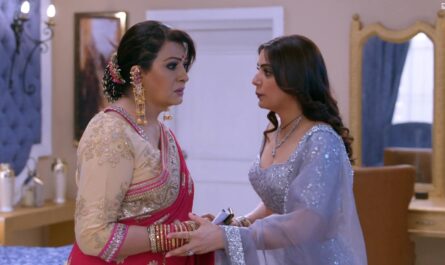 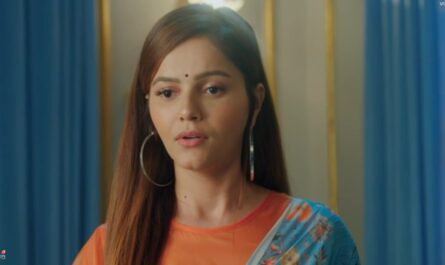