CM Punk kicked off todays episode of AEW Dynamite by coming to the ring and cutting an awesome promo on MJF. Punk said that he will face MJF at Revolution in Orlando, FL and then he picked a Dog Collar match to teach MJF a lesson. Punk calls MJF and MJF arrived on the ramp. Punk showed the photo of a young MJF with Punk. CM Punk says on March 6 the canvas will be painted with his blood. 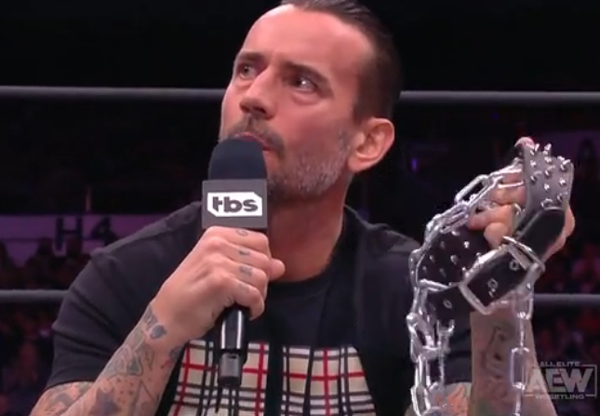 Jon Moxley asked Bryan Danielson a question: Does Bryan want to team up so the monster they can create or that Mox doesn’t defeat him? Mox isn’t going to give an answer, he says he doesn’t stand by someone’s side until he bleeds with him first.

Bobby Fish and Kyle O’Reilly attacked Adam Page from behind. Security comes out to restore order and Dark Order comes out to save Hangman. 10 beats security around to send some shock across the Undisputed Era’s faces.

Adam Cole and ReDRagon were with the Young Bucks. Cole asks about their whereabouts, and The Young Bucks said going after Hangman is like beating a dead horse. Both team fight for their spot in the tag team battle royal as they leave Hangman the sole member in the picture.

Thunder Rosa gives Mercedes Martinez a show of respect after their no disqualification match and out comes Britt Baker, Jamie Hayter and Rebel. Britt walks up Martin Kove and her sensei tells him to finish her. They attack her and Britt implores Mercedes to finish her. Mercedes hesitates and gets ambushed by Britt’s gang.

After TNT Championship match between Sammy Guevara vs Darby Allin, Matt Hardy runs down to the ring to attack Darby. Sammy chases Matt off until Andrade hits him from behind. Sting comes in to make sure the chicanery ends and so does the show.

2. Wardlow vs. Max Caster (with Anthony Bowens) – Face Of The Revolution Qualifying Match 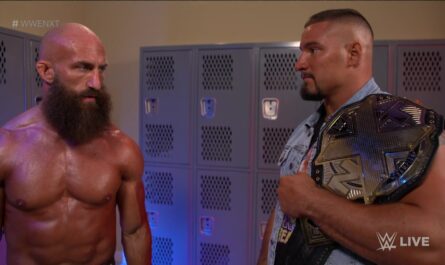 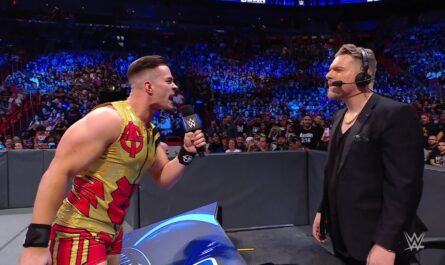