Lars Sullivan, Xavier Woods and Kofi Kingston finally makes a return on todays episode of SmackDown. New SmackDown Tag Team Champions were being crowned, Roman Reigns challenges Jey Uso to an I Quit match inside Hell in a Cell, Sasha Banks and Bayley squared off for SmackDown Women’s Championship. Four rounds of Draft 2020 takes place and many interesting trades were announced. 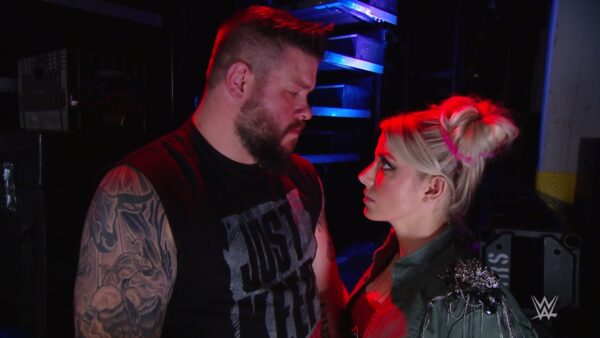 During this match Big E tied the ankles of Sheamus with a duct tape and beats him up with a kendo stick.Big E continues the assault on Sheamus with the kendo stick and takes Sheamus to the backstage area. Sheamus finally gets the upper hand on Big E and humiliates him in the catering area. Big E beats Sheamus with a broomstick in the corridor after which Big E takes a trash can and bangs it on Sheamu’s back.

Losers – John Morrison and The Miz

Riddle and Jeff takes the upper hand at the start of the match with a couple of diving here and there on Miz and Morrison as we head into the break. Back from the break and a missile dropkick by Morrison to Jeff followed by a cover but Jeff kicks out on two. Riddle gets tagged in and Riddle straights up starts dominating Miz and Morrison. In the end Riddle hits Miz with a Brodarek and covers him for the win.

Post Match – Lars Sullivan comes to the ring and he gave one hell of a beating to both Jeffr Hardy and Matt Riddle. Lars then grabbed Miz and he completely destroyed him as Morrison was watching from outside the ring.

Bayley came to the ring with a steel chair in her hand. Sasha Banks starts attacking Bayley when the announcer was giving Bayley’s introduction. Matach started with Banks completely dominating Baayley after which she tried for Banks Statement followed by a couple of roll up pin attempts by both woman. Bayley hits Banks with a chair in her belly and gets herself disqualified retaining the title.

Post Maatch – Sasha Banks beats up Bayley with a chair in the ring after which Banks tried to break Bayley’s neck but Bayley escaped. Officials hold Banks bank.

Back from the break, Fiend was still dominating Owens in the ring. Urenagi by Fiend to Owens in the ring. Owens finally takes control with 3 super kicks and Cannoball twice in the corner to Fiend. Owens hits Fiend with a Popup Powerbomb through the announce table but Fiend gets back on his feet and he beats the count. Fiend puts Owens in a mandable claw and pins him for the win.

Post Match – Lights turns off and when they came back both Fiend and Alexa Bliss were standing together on the entrance ramp staring at each other. (It seems like they were gonna kiss each other but they didn’t).

1. Stephanie McMahon came on stage and announces draft picks for both brands

2. Kayla Braxton asks Seth Rollins his reaction on joining the blue brand. Rollins says luckily for him he won’t get to see the disgusting faces of Mysterio family again.

3. Backstage, Kayla Braxton interviews Big E and his New Day partners Xavier Woods and Kofi Kingston arrived, they said they are back and they want their WWE Tag Team Championships back because New Day Rocks.

4. In Ring – Jey Uso calls out Roman Reigns, Heyman shows up on Tron and he shows a recap of Jey’s match with Roman at Clash of Champions 2020. Roman appears on Tron with Paul and says that what you just saw you better believe that. Roman says that he wants to help Jey Uso and all he needs to do is to acknowladge him as the tribal chief. Roman challenges Jey Uso to a I Quit match inside Hell in a Cell.

5. Stephanie McMahon announces that The New Day will face Shinsuke Nakamura and Cesaro for the SmackDown Tag Team Championship

8. Backstage, Kevin Owens was getting ready for his match tonight aginst the Fiend. Alexa Bliss came to Owens and says Let Him In.

10. Backstage, a female advocate gave a notice to Otis and it seems that Miz has delayed the court proceedings a bit.

11. Backstage, Sasha Banks challenges Bayley to a Hell in a Cell match for SmackDown Women’s Championship 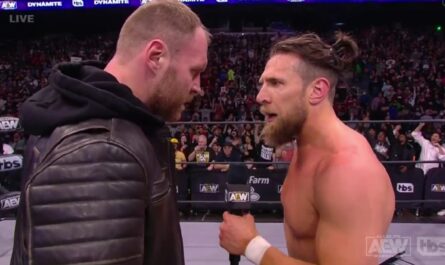