Seeing the arrival of police at Luthra house, Bani Dadi blames Preeta saying that she has come and shown her true colors, Kareena also tells the police inspector to not to trust Preeta, Inspector tries to explain but Ramona says that she is not trustworthy and he should not believe Preeta as she has only one agenda to stop the marriage of Mahira and Karan. The police officer says that he has not come to arrest Karan when he says that he will surrender after the marriage, Preeta mentions that this is the problem with everyone as they themselves become the lawyer and judge and she has not called anyone, Karan asks her where she had been earlier then Preeta thinks that she went and was crying but thought that If Karan was adamant in marrying then why should she cry.

Preeta explains that she has the reason and the means to stop the marriage, but did not as she have no interest in stopping them, Preeta further says that he does not trust Mahira but she is not having any agenda. The police officer stops them saying that they have got the information that the kidnapper boss who was behind the entire plan has come to their house so which is why they have arrived to protect them, Rishabh goes to them asking the police inspector to tell him the entire situation and then all of them were in shock, after knowing that the kidnapper is in their house. Prithvi says to Sherlyn that she has won against Preeta and he won against the Luthra brothers but it will only be a dream if she is not able to win against Preeta, Sherlyn mentions that she has done everything according to the plan and has fulfilled them not like Prithvi who has always ruined everything, she even mentions that he has made a mistake by coming into their house as if anyone catches them then they will start asking questions which he would not be able to answer.

Prithvi takes out his mask which angers Sherlyn but Prithvi says that she should never say anything wrong against his mask because it is nothing worthwhile, he also mentions that he has done a lot of things with it, he says that she should not worry about Preeta because she has no intention of doing anything also they have mentioned that she is not doing anything wrong but Prithvi is not convinced as he explains that she is overconfident and does not know that Preeta has the ability to do anything, Sherlyn gets mad at him demanding that he never say her name as she will not be able to stop the marriage because when she was coming they were starting the pheras and it hardly takes 5 to 10 minutes to perform them, they both agree to go out and see who is telling the truth. In the hall the inspector explains that after the kidnapping they had started to keep a close surveillance on the entire Luthra family and had even sent some of their officers to watch the house and they have seen the kidnapper enter the house wearing the same mask, Karan mentions that he is still in the house as his plan to kidnap Rishabh has not completed, the entire family gets emotional assuring that they will not let anyone kidnap Rishabh, both Karan and Rishabh went to search the house with the police.

Srishti explains the plan to Sameer who is not able to believe it, he again tries to clarify the plan where they would mix a drug in the drink of Karan and he would get unconscious so the wedding would not happen on this day, she tries searching for something when Sameer asks what is she searching for but she is not able to explain it, they both get into a fight and she is about to leave he stops her mentioning that the pills are in his room and they both would make Karan drink it and the wedding would not happen ever. They are about to kiss but then stop and go to the room. Mahira is in the hall trying to call Sherlyn however it is not able to connect which worries her as she and her friend would cause a lot of problem because she promised that nothing wrong would happen and now she would not be able to marry him because of Sherlyn.

Rishabh shows the inspector the rooms and they start searching when Karan sees Preeta and follows her when he calls out her name, both Sherlyn and Prithvi hide in the room and they start quarrelling and Sherlyn mentions that he has come up which means that he has gotten married and is now taunting Preeta, however they both are perplexed when he asks the inspector if they found anything, Prithvi says that she should not blame him saying that the police has come to search for him, he realizes that it might be true as he was the kidnapper then he gets restless asking for help from Sherlyn as she is aware of the house and knows where he will be safe, Sherlyn gets mad at him mentioning that she would not help him.

Karan was told to keep an eye on the exit by Rishabh as the kidnapper would run from the hall, he was standing when Sameer and Srishti arrive, they both hand him the glass of juice which he was about to drink but then mentions about the kidnapper which is like a shock to both Sameer and Srishti, he realizes that the kidnapper might have gone to Rishabh’s room, they immediately head for it, Sherlyn makes Prithvi act as a table and was setting the cloth when Karan enters the room which makes her feel stunned, she is also not able to do anything. 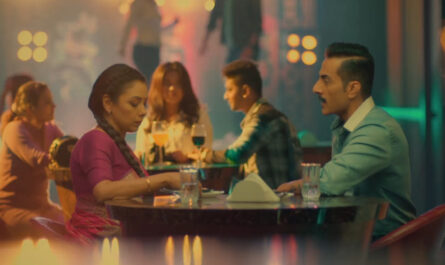 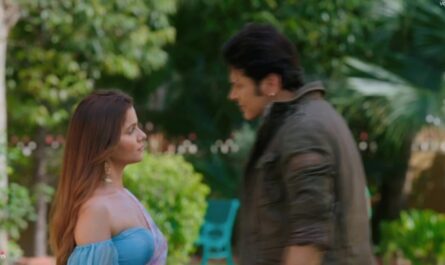