Big budget periodic action drama film RRR is currently going very strong both at Hindi as well as South Indian box office. Directed by S.S. Rajamouli RRR is presently running on about 10,000 screens worldwide and out of which about 7500 screens are allotted to the Indian cinemas only. Right now in India ‘RRR’ is running on 4000 screens in the Hindi belts while in the South Indian belts around 3500 screens are being allotted to this venture. In the past few days a lot of screens which were being earlier allotted to Vivek Agnihotri’s film The Kashmir Files has now been allotted to RRR in the Indian single screens and PVR theatres. 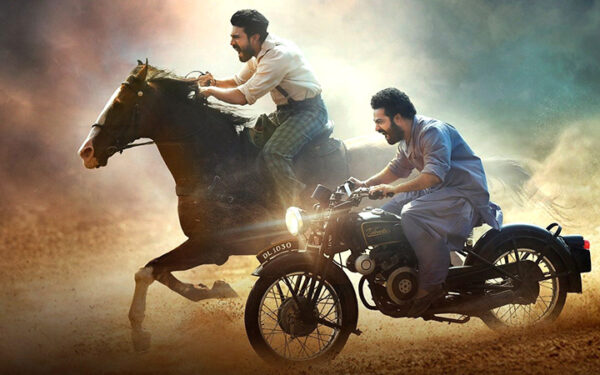 Below is the complete date of RRR collections which this film has earned from its Hindi belts business in the opening 6 days :

RRR has already gotten passed the lifetime box office collections of Baahubali: The Beginning and that too both at Worldwide box office as well as Indian Hindi belts. Only in the opening 5 days this film earned ₹ 600 crores worldwide and looking at its present speed of earning it seems that very soon it will touch the ₹ 1000 crores worldwide collection milestone as well. RRR has been made with a budget of ₹ 550 crores and after successfully recovering the investment on its making, the producers are now looking towards earning some hefty profits.

Andhra Pradesh, Telangana, and Karnataka are the three states in South India from where RRR is grossing the most amount of income right now. Apart from these 3 Southern states, Hindi states like Maharashtra, Gujarat, and Madhya Pradesh are also turning out very fruitful for the business of this Jr. NTR and Ram Charan starrer. RRR has absolutely crushed the box office wave of The Kashmir Files and also it has completely side-lined Bachchan Paandey as well.

Today on Thursday 31 March 2022 ‘RRR’ has done amazingly well on both the Hindi belts and Southern key markets of India. Most of its evening and night shows went fully packed in the states of Andhra Pradesh, Telangana, and Maharashtra. Response in Karnataka’s Bengaluru city is also outstanding for RRR at present but unfortunately in Kerala and Tamil Nadu RRR todays biz was not that much impressive.