WWE PPV NXT TakeOver in Your House 2020 has already been aired on the Network and we get to see a new NXT Women’s Champion crowned in the main event. Karrion Kross made a fantastic TakeOver debut against Tommaso Ciampa also Keith Lee and Johnny Gargano’s match had a lot of breathtaking spots but the ending was a bit questionable.The biggest spectacle of the night was the Backlot Brawl between Adam Cole and Velveteen Dream which started with a very cool entrance by Dream which just the cherry on top. 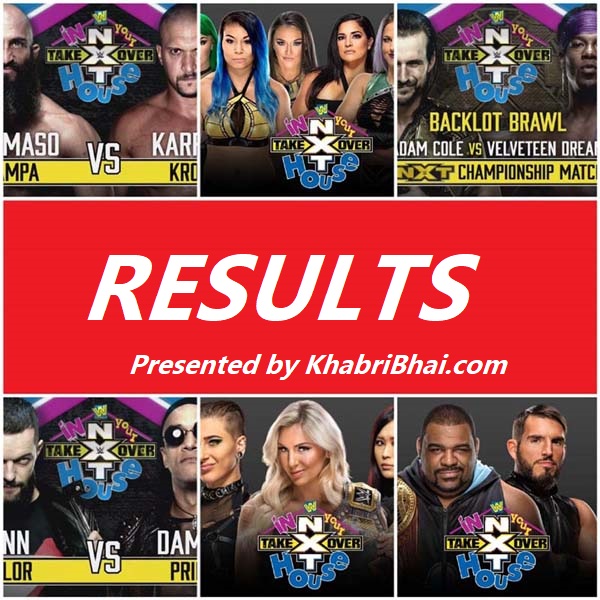 NXT TakeOver In Your House 2020 Winners and Losers

Raquel González looked the most impressive in this match and with her awesome ring gear she was giving the 9th wonder of the world (Chyna) vibes. Both Mia Yim and Cadice LeRae went backstage fighting and as we had 4 women remaining in the ring, the duo of Nox and Blackheart managed to get Raquel out of the way with their spectacular teamwork. In the end Tegan Nox manages to score a pin on Dakota Kai.

With this victory Finn Balor sets a new record as it was his 11th TakeOver triumph. Damian Priest was going to drop Balor on the steel stairs placed outside the ring but Balor countered and Priest had a nasty bump on the stairs. After falling on the stairs Damian Priest gets up and enters the ring but Finn Balor was too quick for him as Balor hits Priest with a Coup-de-Grace followed by another Coup-de-Graace and then pins him for the victory.

There was a breathtaking spot in this match as when Keith Lee was down outside the ring and referee was counting Johnny Gargano goes back in the ring and starts arguing with the ref. After this Gargano exits the ring but Lee came charging bumping him and Gargano went flying breaking the plexiglass barrier. In the end Lee hits Gargano with a Big Bang Catastrophe and pins him for the victory retaining the NXT North American Championship. Interestingly during this match Keith Lee was wearing shorts with Black Lives Matter written on them which was a way of him showing his support to the protests using the WWE NXT platform.

Velveteen Dream came out dressed up as Negan from Walking Dead riding a Lambo and it was so cool. Undisputed Era’s goons Bobby Fish and Roderick Strong interfered in this match when Dream was on the ladder and Cole was lying on a car’s bumper. Fish and Strong starts beating up Dream after which they threw a lot of steel chairs in the ring. Dexter Lumis came to Dream’s rescue from under the ring and he puts both Fish and Strong in the back of his car and takes them away. At the end of this match Cole and Dream both were in the ring and Dream tells Cole are you hearing this as I say Dream Over and then Cole hits Dream with a low blow. Cole climbs the top rope and hits Dream with a Panama Sunrise onto the steel chairs lying in the ring for a pinfall victory.

Karrion Kross first NXT Takeover entrance managed by Scarlett was just fantastic and the NXT roster (acting as crowd) chanting “fall and prey” sounded very demonic. Tommaso Ciampa was going to hit Kross with the Fairy Tale Ending but Kross countered it with an F-5 giving Lesnar vibes. Kross puts Ciampa in a Kross Jacket after which Ciampa passes out and Kross gets his first NXT TakeOver triumph.

Io Shirai hits both Charlotte Flair and Rhea Ripley with a cross body from the top of the In Your House entrance set and it was just beautiful right from the chef’s book. Charlotte had Ripley trapped in Figure 8 lock after which Shirai hits Ripley from the top rope with a Moonsault and pins her for the victory becoming the NXT Women’s Champion for the first time. 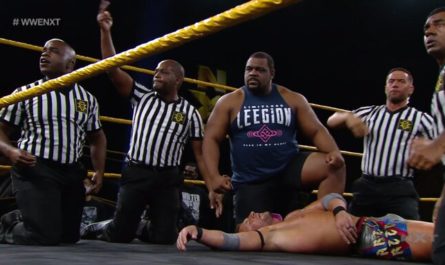 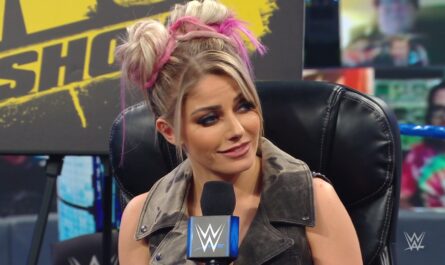