The team of ReDragon won the tag team battle royale match at the start of todays episode of AEW Dynamite. After ReDragon (Kyle O’Reilly and Bobby Fish) won, Adam Hangman Page comes out and attacked them. Young Bucks were seeing them getting beat by a distance. Adam Page came out for the rescue and it ended with Adam Page hitting a buckshot on O’Reilly. 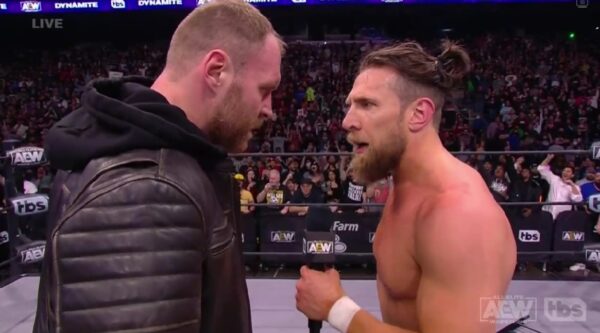 Adam Hangman Page sits on the chair and says who is ready for some story time with Adam Page baby (Adam Cole style). Page says our tale began in 2008 when a young overconfident smug little prick named Adam Cole entered the world of Professional Wrestling and he became a World Champion everywhere he went. But as he could see the writing on the wall and see his world crumble around him he clambered back to his old friends and decided to come for the most precious prize in the world of Pro wrestling, the AEW World Championship. And he kept his eyes on that prize as he walks towards it step after step never realizing that he is drawing closer and closer towards a 6ft hole in the ground. And at Revolution when he climbed into the ring thinking he would leave once again as AEW World Champion he took one step too close to that grave and the better Adam laid him down in it and the world listens to the sound of his body hitting the dirt its from a freshly cooked buckshot and that sound was BOOM.

MJF came into the ring and he cuts an emotional promo saying how he got bullied when he was a little kid and how CM Punk inspired him to become a professional wrestler. MJF further says that he felt bad when Punk left him and everyone back in 2014 so he decided that he will fulfil that void and he knows that he is better then Punk and you know it. Crowd was still booing MJF even after hearing his emotional story. Punk came to the ring and asked MJF is it all true. MJF left the ring without saying anything.

.@CMPunk is now left conflicted after that emotional speech by @The_MJF.

After losing to Penta and Pac, Malakai Black and Brody King started attacking PAC and Penta viciously. Lights went out and when they came back Buddy Matthews was in the ring. Firstly it appeared that Buddy came to the rescue of Penta and PAC but instead he started attacking them. Buddy crushed Penta’s face with a steel chair.

Chris Jericho and Eddie Kingston had a back and forth promo confrontation in the ring with security guards standing. Jericho called MJF a loser and says that you can’t win the big one. Jericho challenged Kingston for a match a Revolution and Kingston accepted.

Tay Conti confronted Jade Cargill and challenged her for the TBS Championship. Cargill kissed on her forehead and Tay went to attack her. Bunny attacked Tay from behind but Tay flats her with a Tay-KO and Cargill hits Tay with a Pump Kick.

Is @TayConti_ going to be the one to take away the TBS Champ @Jade_Cargill‘s perfect record?!
Tune into #AEWDynamite LIVE on @TBSNetwork right now! pic.twitter.com/WPg6us3j7R

Bryan Danielson told Jon Moxley that you got your match at AEW Revolution but don’t be surprised if you are the only person bleeding.

And we have an answer! It’s gonna be @JonMoxley vs. @BryanDanielson LIVE at the #AEWRevolution PPV on Sunday March 6!

What an incredible night of action here at #AEWDynamite from Bridgeport, CT! pic.twitter.com/4u3BAATH7W

1. Gunn Club vs. Butcher & Blade vs. Private Party vs. 2Point0 vs. Best Friends vs. Santana & Ortiz vs. FTR vs. Young Bucks vs. Dark Order vs. ReDragon – Tag Team Battle Royale 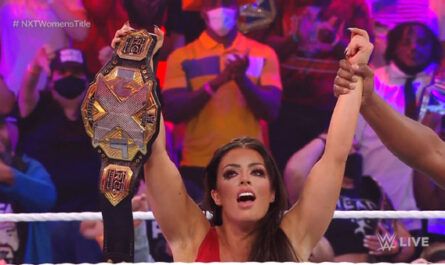 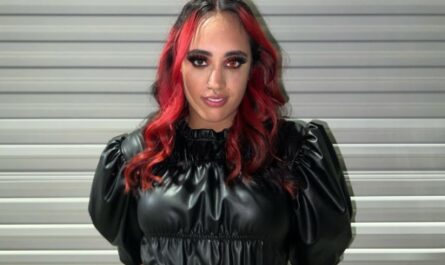 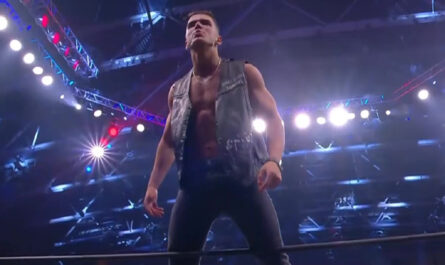