The beast incarnate Brock Lesnar won the WWE Championship at Day 1 PPV which took place on 1 January 2022 as his originally planned opponent Roman Reigns got tested positive for Covid at the last moment after which Brock gets added to the WWE Title match making it a Fatal Five Way. Now with Brock winning the WWE Championship the situation has become quite interesting as earlier it has been reported that the original plans were for Brock to face Roman at WrestleMania 38 in a final match of the trilogy but now everything has been changed all of a sudden. 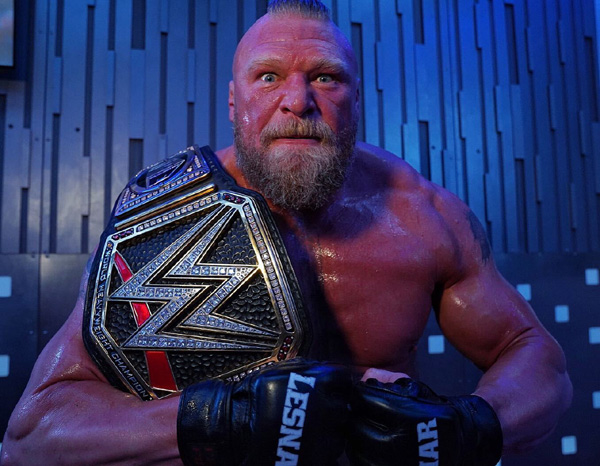 The most important question in everybody’s mind right now is that who will face Brock Lesnar at WrestleMania 2022 for the WWE Championship and we will tell you about all the possibilities and which matches are more likely to happen rather then the others.

Brock Lesnar vs. Bobby Lashley – Battle of the Beasts:

As of right now Bobby Lashley seems to be the most likely opponent for Brock Lesnar at WrestleMania 2022. WWE Fans were asking for this clash since a long time and it seems that the wait is finally gonna end. Both these superstars have a golden history when it comes to their MMA careers as Brock has dominated in UFC while Lashley dominated in Bellator in the past years.

Even during the WWE Championship Fatal Five Way match at Day 1 the future clash between both these giants has been teased during a spot as we witnessed Lashley putting Lesnar in a Hurt Lock and almost bringing the beast to his knees. Also MVP and Paul Heyman can play a huge role in making their build to the WrestleMania 38 even better as both the managers are just too good on the mic.

We might still get to see Brock Lesnar vs Roman Reigns at WrestleMania 38 but this time around in a title unification match. It has come to light in the past couple of years that the brand split is not at all working for WWE and after so many releases in the last few months due to budget cuts and other reasons it seems that finally the time has come for WWE to end the brand split.

If Brock vs Roman for the title Unification actually happens at WrestleMania 2022 then this might be the biggest match of WWE in the last decade and even Paul Heyman can play a huge part in this match because the big question still stands, Where does Paul Heyman’s loyalty lies?

Although this third option might seem quite boring to many of you but knowing the WWE creative and the way they work, Brock Lesnar vs Big E rematch for WWE Championship seems possible at WrestleMania 38. Everyone still remembers that how Lesnar squashed Kofi Kingston at SmackDown on Fox inaugural episode. So the history of Lesnar with New Day is right there.

Now all WWE creatives needs to do to make this match a bit more interesting is to set up a match between Brock Lesnar vs Xavier Woods for the Kings Crown and make Brock win. This match is very much possible because Brock is still a free agent and not exclusive to any brand.

After this WWE creatives can book Brock Lesnar vs Big E in a winner takes all match at WrestleMania 38 and that will surely be a main event level match because of the stakes and what’s on the line.

WWE creatives are known to book typical Heel vs Face matches as their WrestleMania main events and if this will be the case here then Brock Lesnar vs Seth Rollins is very much possible. After ages it seems that Lesnar has turned into a face as fans cheered for him after he won the WWE Championship at Day 1. Rollins on the other side is receiving a lot of heat now a days and he can surely put forth a case for himself in the coming weeks as how he got robbed at Day 1 because Rollins was originally supposed to compete in a Fatal Four Way for the WWE Championship.

There is a history between Lesnar and Lashley as we have seen them competing in many matches in the past and most of them were top notch matches. So if Lesnar vs Rollins for WWE Championship takes place at WrestleMania 38 then it will surely be a treat to watch for the WWE fans.

Brock Lesnar vs. Drew McIntyre – Beast vs. Angela the Sword:

This final option might sound least interesting to all of you but as we already said knowing the WWE creatives and how they work, boring is also possible. Drew McIntyre can win the Royal Rumble 2022 and challenge Brock Lesnar for WWE Championship at WrestleMania 38. Both these superstars have clashed against each other in WrestleMania 36 main event and in that match McIntyre came out victorious by hitting Lesnar with a Claymore and pinning him 1,2,3.

So we might see another WrestleMania main event between both these superstars but this time around result might be different as finally beast gets to conquer Scottish Psychopath as well as his so called best buddy Angela the Sword. 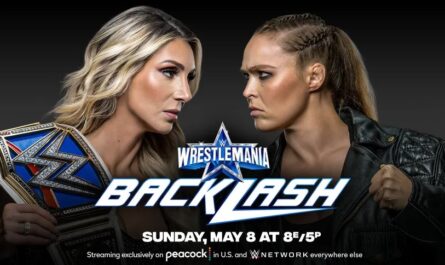 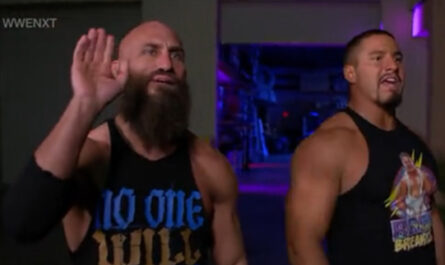